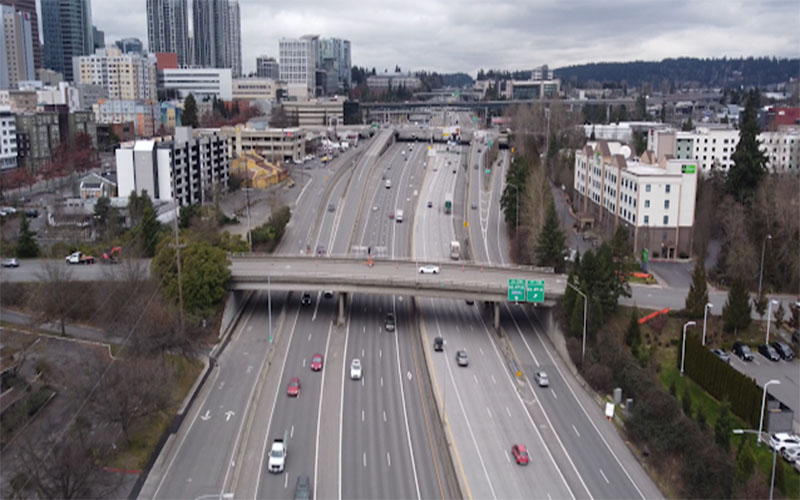 Father’s Day is Sunday, June 19th and are you making plans for that weekend? Be sure to plan ahead for a complete closure of Interstate 405 in downtown Bellevue. The Main Street overpass across I-405 needs to be removed as part of the widening of the freeway from downtown Bellevue to Renton. The I-405 closure will begin on Friday evening June 17th and re-open early Monday morning June 20th.

Washington Dept. of Transportation authorities strongly encourage taking alternate routes during the I-405 closure Father’s Day weekend to avoid big backups approaching downtown Bellevue from the north and from the south. The good news is that I-5 will be open that weekend and there will be no Revive I-5 roadwork on the southbound lanes.

The longer Main Street overpass will permit one new lane of I-405 traffic in each direction to be built through downtown Bellevue. The new lanes will extend the current express toll lanes from Snohomish County into Renton. This lane expansion project is slated to be completed by late 2024.

As a reminder, if you plan to use the North Cascades Highway this summer – SR 20 – to reach the Methow Valley, keep in mind the road has alternating one-lane traffic while crews work to repair collapsed pavement from last November’s flooding in the region.

So if your Father’s Day weekend plans include using I-405 through Bellevue, consider alternate routes in advance to avoid big backups on the freeway.

Look What we Found at Sorticulture