January 31st – The Coldest Day Ever

The winter of late 1949 and 1950 was the longest stretch of cold weather in the 20th century. An arctic blast plunged into the Pacific Northwest in the final days of 1949, and surges of cold air continued into early February 1950. Periods of snow fell during these six weeks, but not as much as the more than six feet that fell during the winter of 1968-69, the snowiest winter in the 20th century.

Nevertheless, clear nights and fresh fallen snow led to many single digit low temperatures in January 1950. The 31st was the coldest of them all. Everett dropped to 2 degrees above zero. Monroe was 2 degrees below, Bothell 6 degrees below, Darrington 9 degrees below, and Skykomish a whopping 10 degrees below degrees zero.

It is hard to imagine the North Sound having temperatures near or below zero. Yet it happened during that historic winter and could happen again someday. 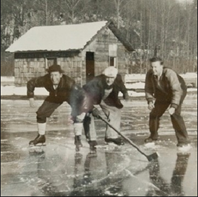 The average temperature in January 1950 was only 35 degrees. Average temperature is the mean between high and low temperatures for each day through a month. It was so cold that area lakes froze over, roads were frequently covered in snow and ice making transportation challenging, and plumbers were busy with frozen pipes when temperatures finally moderated in February.

Many North Sound elders who were here during that frozen winter have many a story to tell about that winter. If you have a story to share, go to the everettpost Facebook site and share your story. Perhaps you could be interviewed about your experience.

In the meantime, stay warm and healthy!

Hotter Weather To Return This Week

August – The Dog Days of Summer