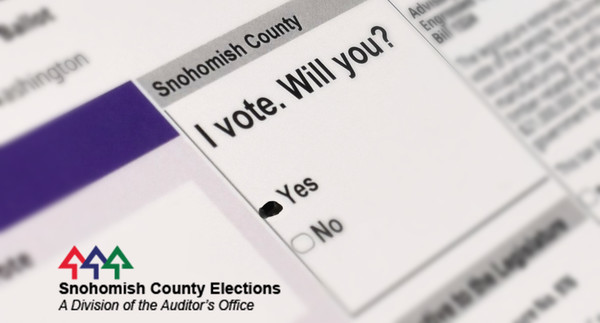 Snohomish and Skagit County Election Offices last week mailed out new voter registration cards. Following the 2020 Census, adjustments were made late last year to boundaries for congressional, legislative and/or county council districts across much of the state. Many registered voters in Snohomish and Skagit counties have received or soon will receive new registration cards in the mail.

Every ten years after the federal government publishes updated census data, Washington remaps the boundaries of its congressional and state legislative districts. Communities and populations evolve over time. The purpose of the district remapping is to ensure each district represents an equal number of residents.

In the North Sound, there were significant congressional boundary changes. The southern end of Edmonds is no longer a part of District 7, and District 8 now encompasses a majority of Snohomish County basically from SR 9 east to the Cascade crest. Congressional districts 1 and 2 also have been adjusted in both Skagit and Snohomish counties.