November Is The Wettest Of Them All

Out of all the months in the year, November is the wettest and so far, this month has been no exception. November is also the number one month for river flooding. The primary reason beyond being the wettest month of the year, there is usually little mountain snowpack to soak up those warmer rainy days when snow levels rise. 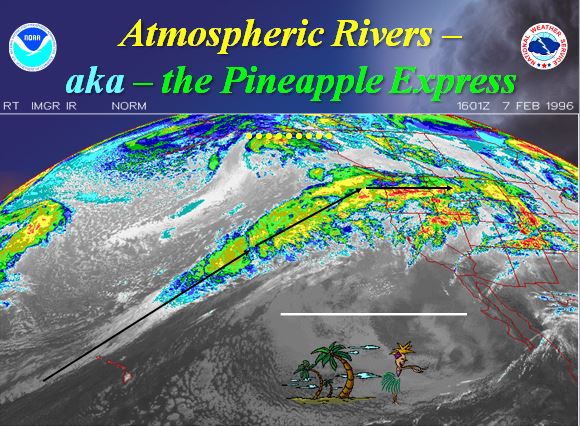 The North Sound flood season runs from the latter part of October into March. We already had one heavy rain and flood sequence in late October. That event was the result of an Atmospheric River – aka – Pineapple Express.

Atmospheric rivers bring the bulk of middle latitude rainfall in both the Northern and Southern Hemispheres. Many Atmospheric Rivers do not result in river flooding, but some do bring an on slot of heavy rain over a period of a few days, along with elevated snow levels in the mountains, resulting in swelling rivers.

To track atmospheric river episodes, follow this link where the plumes of subtropical moisture can be monitored. That includes the next Atmospheric River event to spread into the North Sound Thursday and Friday of this week. More heavy rain amounts of up to 2 inches of rain in the lowlands and up to 10 inches of rain in the Cascades will likely swell rivers once again.

You can monitor North Sound river forecasts via the National Weather Service website at this link.  Since soils have reached the saturation point, these kinds of heavy rain events can also trigger landslides, another event to be aware of. Given the incoming rain the next few days, it may be worthwhile to keep an eye on the rivers if you live near or commute through any of the North Sound river valleys.

COVID-19, VACCINATIONS AND BOOSTERS, REVISITED AND THE NEW VARIANTS – NEED TO KNOW

Thanksgiving Weekend Travel – What To Know In Advance

Change In Weather Underway – Bundle Up

Flooding Ending With Drier Cooler Weather On The Way

Rain, rain, go away. Come again another day. This... Read More.
Previous Next