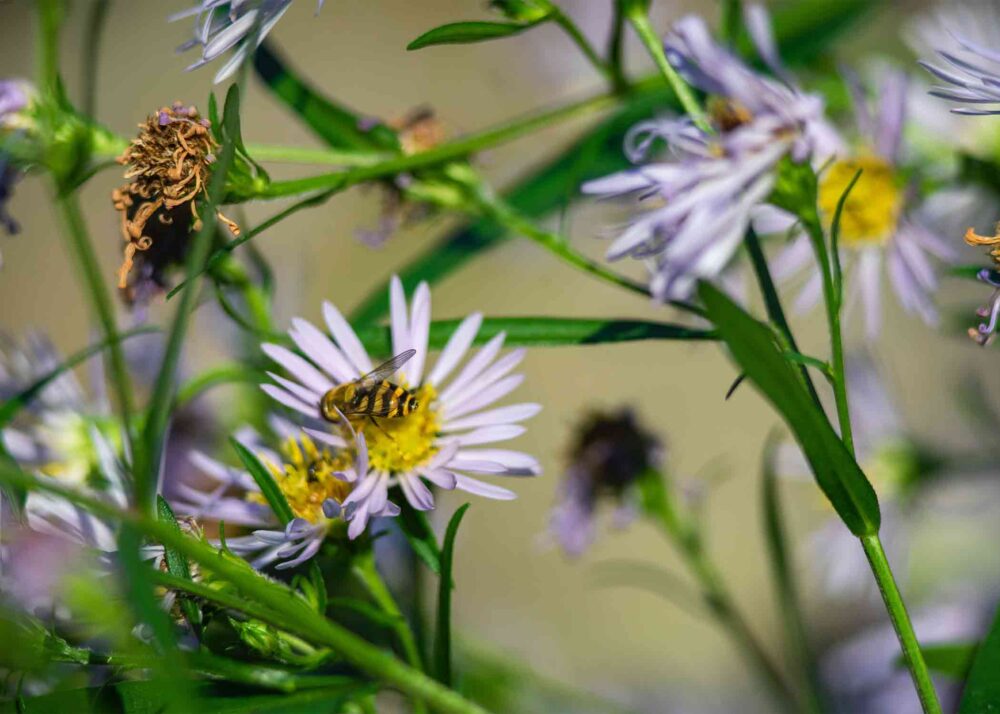 What’s the buzz all about? There is a new superhero bug working to save the world, and this is not just some fantastic Hollywood movie script. This buzz is real!

The little known hiding in plain sight like Clark Kent superhero insect is the syrphid fly. Washington State University scientists have been following this fly like detectives, learning that this fly is a big help to gardens and farms.

In recent years, the big pollinator of them all, the honey bee, have been declining in numbers for reasons still trying to be fully understood. The syrphid fly has been picking up the slack.

These black-and-yellow-striped flies, also called hover flies, are also pollinators. An observational study in Western Washington found that of more than 2,400 pollinator visits to flowers at urban and rural farms, about a third of them were made by the syrphid fly.

Ray Olsson, a WSU-post-doctoral fellow and lead author of the study published in Food Webs said, “We found that there really were a dramatic number of pollinators visiting flowers that were not bees. The majority of the non-bee pollinators were flies, and most of those were the syrphid flies which are a group that commonly mimics bees.”

Syrphid flies’ colors similar to bees help keep predators away with the fear of being stung. And they are true flies. Like Boeing aircraft, they have but two wings as opposed to bees that have four wings. Juvenile syrphid flies also consume pests like aphids. As adults, they eat nectar and visit flowers so have the potential to move pollen like bees do, though with less intention than bees who collect pollen to feed their young.

Olsson notes, “Bee populations are declining and we are trying to help them, but there’s room at the table for all the pollinators. There are a lot of conservation and monitoring efforts for bees, but that doesn’t extend to some of the other pollinators. I think people will be surprised to find that there are a lot more different types of pollinator insects – all we really need to do is to start paying a little more attention to them.”

So when you see the black-and-yellow-striped syrphid flies visit your yard and work around your flowers and plants like honey bees do, take pride in knowing the syrphid are doing their part in the pollination effort, truly a superhero effort to save the world.