Thank You and Goodbye, Skate Deck 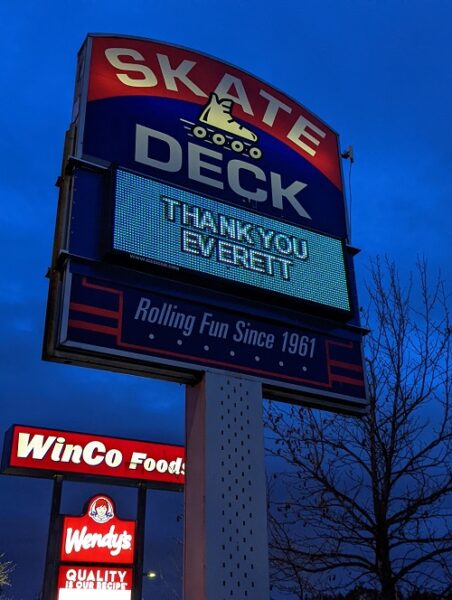 I lived about 5 minutes from the Everett Skate Deck for most of my childhood. That meant countless birthday parties, school events, and general hangouts were a staple for me and many other children, teens, and adults in the Silver Lake neighborhood and beyond. Skating, pizza, slushies, pinball, the chicken dance, the hokey pokey and vending machines with those gooey little hands that you toss at your friends all made the Skate Deck one of the most exciting places in all of Everett for 10-year-old me. 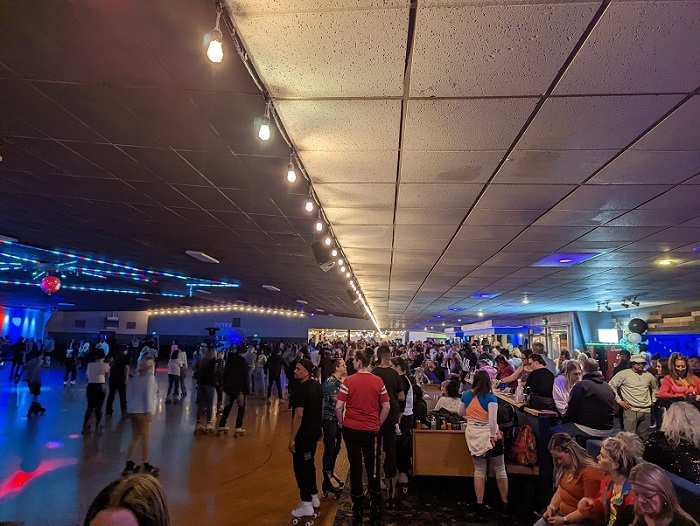 No matter how tired or sore I got, when Hey Ya by Outkast would inevitably start playing on the speakers you know I was back out on the rink with renewed vigor. Though not necessarily talented on the rink, skating provided a thrill and freedom that was difficult to find elsewhere.

The family owned and operated Skate Deck has been around for over 60 years, but on Saturday, April 9th, 2022 the community had to say their goodbyes to the Silver Lake location. The Skate Deck hosted a “Last Hooray” party, titled Clash of the Decades, where attendees wore outfits inspired by the decade that they graduated in.

The all-ages, 12 pm to 5 pm, portion of the event featured a regular skating session, food trucks, face painting, t-shirt sales, and a DJ. The evening portion for adults 21 and older also featured skating and bands but included alcohol sales until 10 pm when the festivities transitioned into a late night dance party. 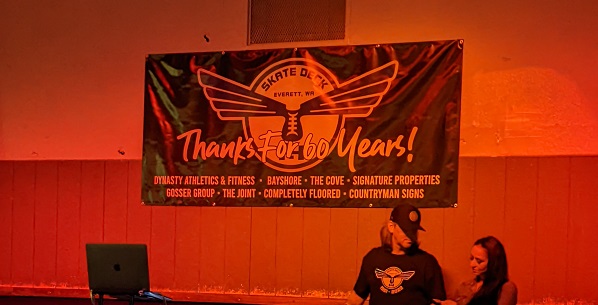 Though the regular Skate Deck operations ended April 3rd, Saturday’s party gave the community a chance to send off the beloved rink in style. The sold out evening session resulted in event parking spreading into the surrounding businesses including the WinCo and Wendy’s parking lot.

Partiers partied, dancers danced, and skaters skated until the very last minute. It was fitting for the beloved Skate Deck’s last night to be one filled with music, laughter, and appreciation for all it meant to everyone.