The Marysville Fire District congratulates three of its members on well-deserved promotions.

Ryan Carbary was sworn in Wednesday as a full-time firefighter. Carbary graduated as class valedictorian from the Washington State Patrol Fire
Training Academy in July. He also received the truck company award. Carbary started working with the Marysville Fire District as a part-time firefighter
in August 2015, completing additional training in rescue systems and peer support.

Jason Huizenga has been promoted to Captain. Huizenga first joined the Marysville Fire District in 2009 and has spent more than 20 years in
the fire service. Huizenga has provided training and instruction at both the local and regional level in firefighter leadership, ladder truck operations,
live fire exercises, technical rescue and Community Emergency Response Teams.

Mirco Piazzi has been promoted to serve as Marysville Fire District’s second Medical Services Officer. Piazzi became a full-time firefighter
at MFD in 2001, enrolled in paramedic training in 2002, and has since provided advanced life support care for thousands of patients. Piazzi has
played a vital role in emergency medical services training at MFD. He has also instructed EMT students at Everett Community College.

The District recognized Carbary, Huizenga and Piazzi with a special ceremony at Wednesday’s Board of Directors meeting. We are extremely proud of their
service to our community. 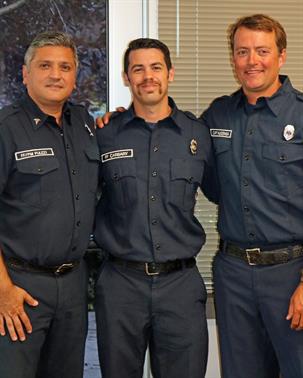 Walk for Domestic Violence Awareness with City of Marysville

Tis the season, and it’s here. Kick it off... Read More.
Previous Next