Atmospheric River. Pineapple Express. Polar Vortex. Bomb Cyclone. What is up with all these weather terms? The media has sure jumped on these during recent years. Here is what they really mean.

Our most recent event was an Atmospheric River – aka – Pineapple Express. This event involves a surge of subtropical moisture that streams northward from the more warm moist tropical regions of the planet to the mid-latitudes where the North Sound is. Atmospheric Rivers produce the bulk of mid-latitude rainfall around the globe. Some of these events bring more gentle soaking rains, while others bring way too much rain in just a few days, generating flooding and even landslides.

Here is a look at a tropical precipitable water satellite composite from midday October 28th. Washington is under the 5 in the valid time. The image shows a plume of subtropical water aimed into the Evergreen State. 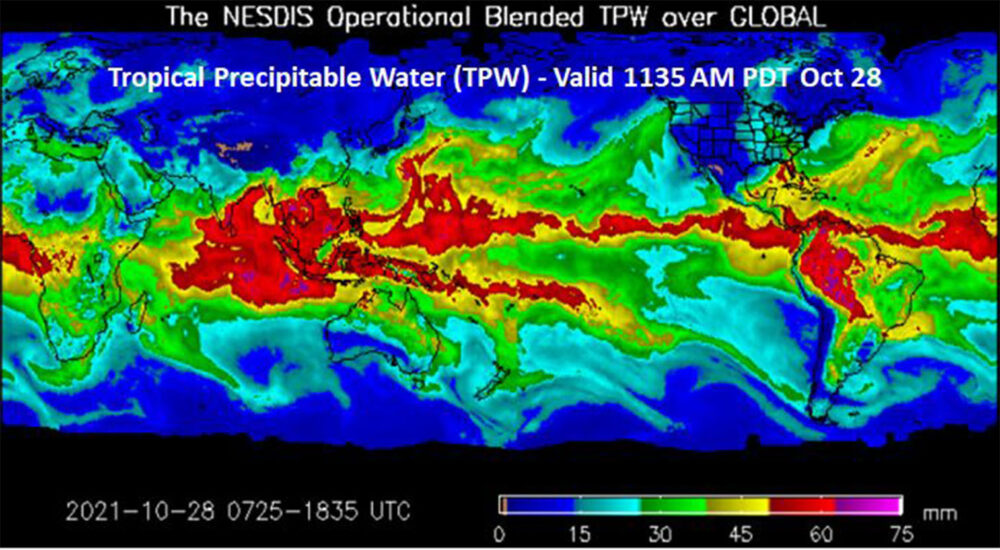 The result was over 2 inches of rain across much of the North Sound and even more in the mountains. Some places in the North and Central Cascades received over 8 inches of rain in just 24 hours. Combined with the warm air mass and high snow levels, no wonder why many North Sound rivers rose above the flood stage. Atmospheric Rivers also produce mild temperatures. That is why it felt so muggy on Thursday, October 28th. 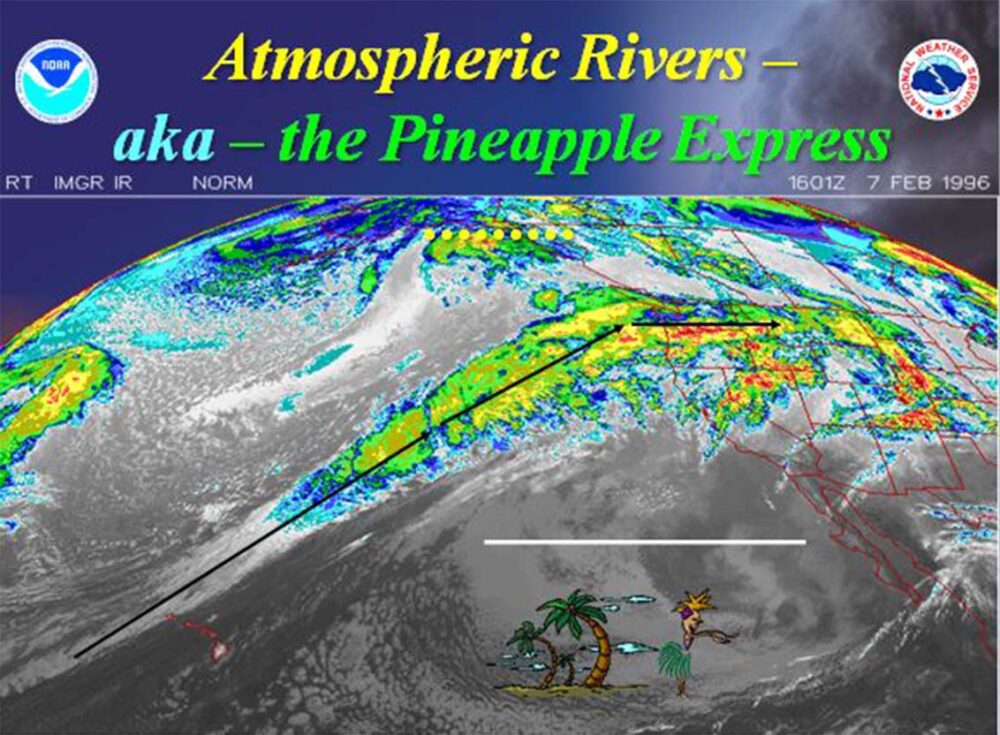 Just prior to the heavy rain events, there was the Bomb Cyclone. In fact, there were two of them in less than a week. A Bomb Cyclone for years was called a Meteorological Bomb.

The term involves a rapidly intensifying low-pressure system with a drop of 24 millibars of atmospheric pressure or more in 24 hours. These events are actually more common than you think. Most form in the Northern Pacific and move into the Bering Sea or the Gulf of Alaska as they break down in intensity. But when these events approach the West Coast, they draw far more attention.

The second Bomb Cyclone that intensified on Saturday, October 23rd reached a record low of 942.5 millibars or translated to the traditional wall barometer – 27.83 inches of mercury. That atmospheric pressure was the lowest ever recorded in the North Pacific. The associated cold front move ashore Sunday and helped produce the strong gusty winds, resulting in downed trees and power outages. 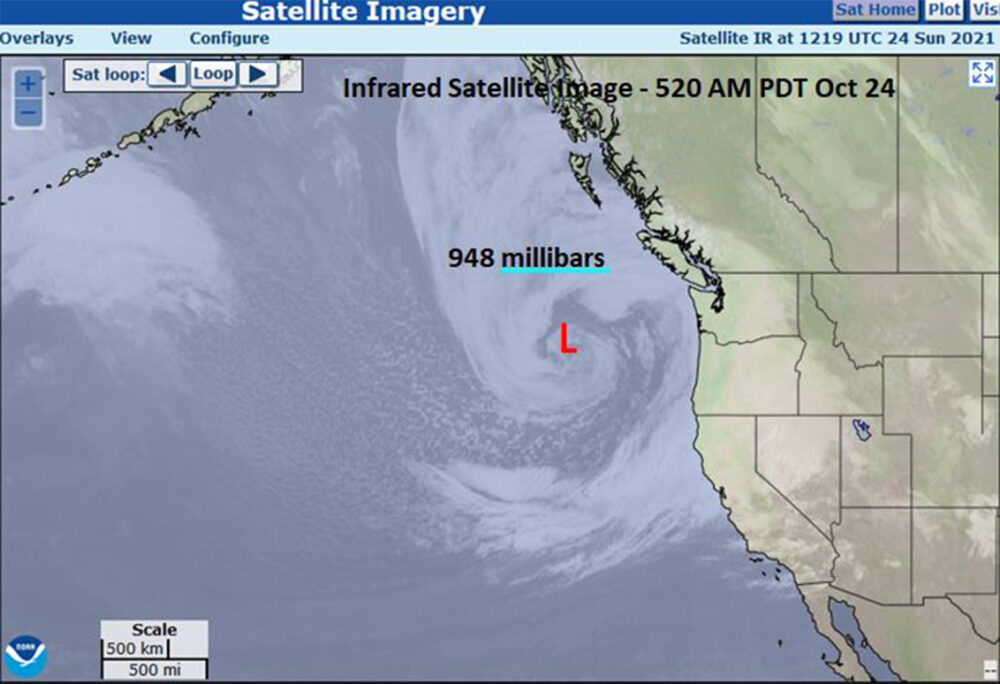 With the coming onset of winter and back-to-back La Ninas in-store, the odds are good for another arctic outbreak will occur with snow for the North Sound. Some years ago, the media picked up on the term – Polar Vortex.

Here is a depiction of the Polar Vortex and how it works. Anticipate this kind of weather pattern as this winter proceeds, resulting in snow for the North Sound. 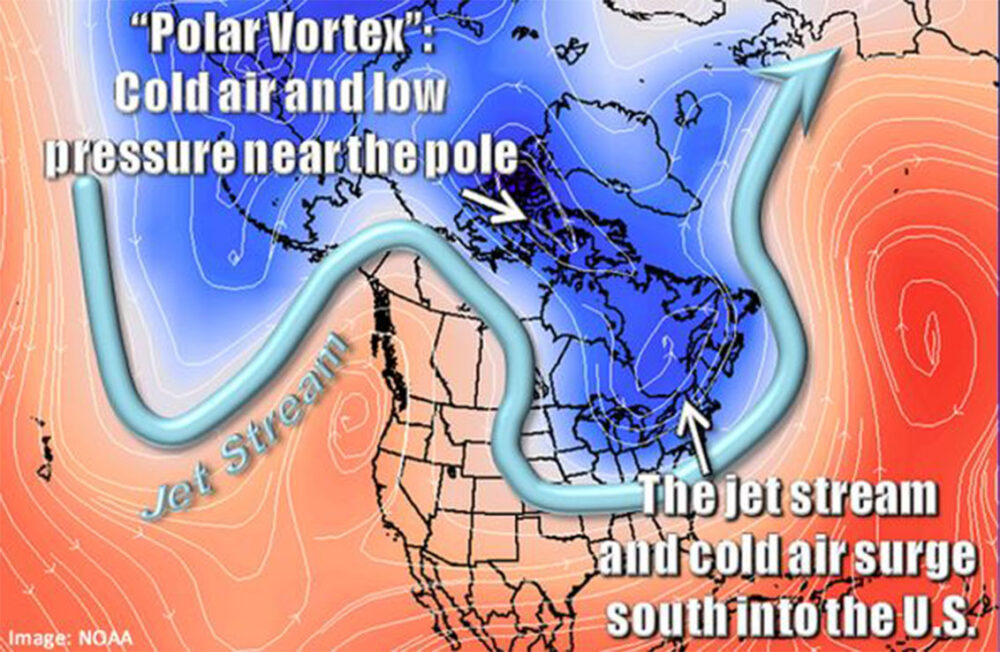 Atmospheric River, Pineapple Express, Polar Vortex, and Bomb Cyclone just name a few of the weather terms used by your favorite TV weather anchor and others. If interested, you can visit Jetstream, which includes a lot of weather information including how to use Doppler weather radar and satellite imagery, learn more about thunderstorms, tornadoes, lightning, and more. Jetstream is great for all ages including students. Weather information is used by all each and every day, and when you are weather aware, you are weather prepared.

Winter Is Not Over Yet