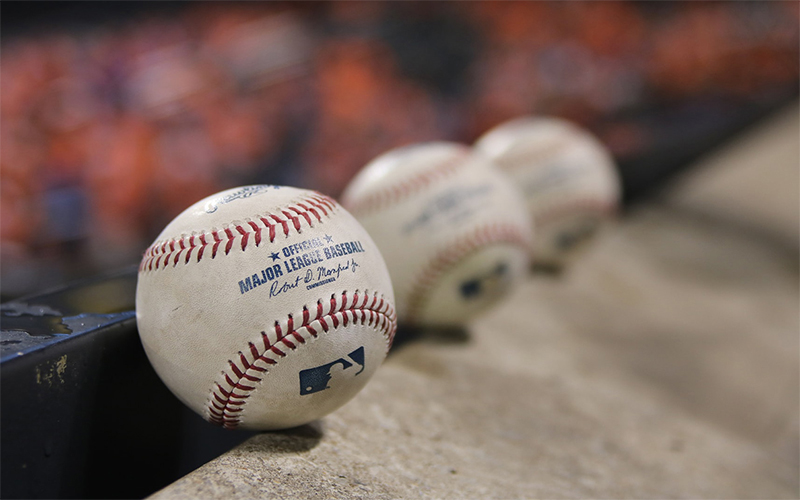 The crack of the bat. The crowd voicing excitement. Baseball season has arrived. The Everett Aquasox season opened at home this past weekend with two wins and a weather suspended game against the Eugene Emeralds. The Seattle Mariners opened their season on the road against the Minnesota Twins, taking two of their four games. High school baseball kicked off their seasons in mid-March, and many younger youth baseball leagues are underway. Baseball season is here despite the highly variable spring weather.

The homerun, the long ball, the dinger – whatever you like to call the hit that rides over the outfield fence is one of baseball’s more exciting moments in the game. At the Major League level, the number of homeruns suddenly rose. Was it the batters? Was it the quality of pitching? Or was it the baseball?

Researchers at Washington State University dug into the ‘ball’ question. “My lab happens to perform the most accurate test in the world of this property,” said Lloyd Smith, professor in the School of Mechanical and Materials Engineering and lead author on a paper reported in a recent issue of the journal, Applied Sciences. “Not many people care about lift and drag to the level that we do, but people do care in baseball games.”

While baseball is a popular sport, the aerodynamic properties of baseballs have not been fully understood. It turns out that very small changes in drag can matter a lot in the game, Smith said.

Major League Baseball has used only one manufacturer of baseballs this century, Rawlings Sporting Goods, to ensure a uniform and consistent playing experience. Strict protocol is used including the core and the ball cover. The core made of wood and leather are carefully defined, measured and quality controlled. Even the color of the ball cover has to be consistent along with sewing of each ball’s seams. Everything has measured uniformity including the ball’s weight, size, hardness and elasticity, all to maintain fair play.

Despite all the consistency in the making of baseballs, why did the number of homeruns rise starting in 2015?  “The assumption was that if you made the ball the same way, that those properties would always come out the same way,” said Smith. “We found out that something changed.”

During those investigations, researchers determined that traditional wind tunnel measurement techniques could not properly measure tiny changes in drag that might make a huge difference in home runs. Wind tunnels are used to measure drag forces in everything from cars, trucks, and airplane wings, but they’re not ideal for baseballs.  “You have to hold onto the ball in some way, and that means there’s always going to be some imperfection when you’re using a wind tunnel to measure drag,” said Smith.

A new laboratory method that measures drag at WSU uses a high-accuracy ball delivery device and speed measurement system to provide better clues on exactly how high and far some of those baseballs will fly. With their laser-guided speed measurement system, researchers were able to more precisely measure change in the ball’s speed and acceleration, the forces on the ball, and its lift and drag.

“We had to go back and look at what we can do to make this even more accurate, and we did,” Smith said. “It hasn’t been simple to do, and we spend a lot of time calibrating every day just to make sure that our sensors are telling us what we think they are, but we now believe that the drag measurements we’re making are going to be able to sound the alarm if there’s a change.

Starting with the 2015 Major League season, the seams on baseballs were tightened just a bit. That adjustment likely led to less drag and hence, the increase in long balls. Smith said, “Very small differences can make a big difference.”

Baseballs used from the minor leagues all the way down to youth leagues use balls that also have strict criteria in the manufacturing process with a variety of vendors. It would be interesting to learn how these balls behave when struck well at the WSU lab.