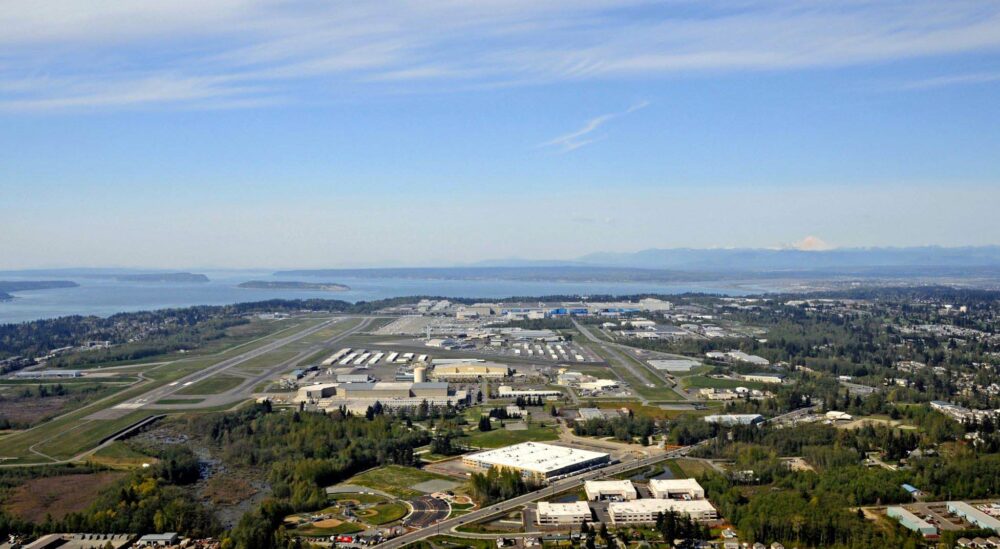 ZeroAvia announced earlier this week that the start-up company will open a research facility at Paine Field in Everett. ZeroAvia has developed the leading hydrogen-electric powertrain propulsion technology for aviation. As part of its ongoing research and development, it has flown the world’s largest commercial-scale hydrogen-electric aircraft.

The Washington State Department of Commerce has awarded ZeroAvia a $350,000 economic development grant to support the start-up’s site selection at Paine Field. The Snohomish County Economic Alliance requested the funds that will be invested into converting an existing warehouse building to office, and research and development space. The company has also secured venture capital funds including Amazon’s Climate Pledge Fund, Bill Gate’s Breakthrough Energy Ventures, and others.

At this county-owned site, the company will leverage its $5.5 million refurbishment budget to occupy facilities and prepare the location for their launch team of design and software engineers as they work to develop a powertrain for a De Havilland DHC-8-400 aircraft in conjunction with Alaska Airlines.

Alaska Airlines has donated a retired De Havilland aircraft in the company’s effort to create a sustainable aviation aircraft future. The ZeroAvia team plans to convert the 76-seat aircraft’s engines to new hydrogen-electric power, the largest aircraft to be converted to this propulsion system.

ZeroAvia’s CEO and Founder said, “Paine Field was an obvious choice for us. Working from this location, ZeroAvia is well positioned among one of the most talented aerospace and clean energy communities worldwide. We conducted a national search to locate our third R&D site. Given the age of the facility we will be occupying, this grant closed a gap related to facility construction and we are excited to engage in this community.”

Governor Jay Inslee noted, “Our state’s clean energy and clean aviation future just got stronger. This project is an important part of Snohomish County’s continuing efforts to maintain a competitive edge and strengthen the community with good jobs in the aerospace industry of the future. It enables advances in manufacturing and exploring opportunities for cleaner aircraft fuel.”

Snohomish County Executive Dave Somers said, “ZeroAvia is exactly the type of company that Snohomish County wants to attract, because they are innovators, job-creators, part of our growing green economy, and the reason we are the aerospace capital of the world. This addition to our aerospace cluster at Paine Field will help expand our already impressive cutting edge base of technology companies. We welcome ZeroAvia to Snohomish County and wish them every success, since their success helps us reach our long-term economic development and environmental sustainability goals.”

ZeroAvia’s hydrogen-electric engine technology can address the needs of nearly half of worldwide flight departures with this kind of propulsion system. The company has secured experimental certificates for two prototype aircraft from the United Kingdom’s Civil Aviation Authority (CAA) and the U.S. Federal Aviation Administration (FAA). Previous hydrogen-electric engine trials have passed significant flight test milestones, and are on track for commercial operations in 2024, targeting 500 nautical mile trips initially.

President Biden has declared a major disaster in the... Read More.
Previous Next